The Evolution of Tradition

Since the 7th century AD monks across the whole of Europe have produced and sold beer, life-sustaining, thirst quenching beer. In 1086, the Domesday book records the brewing of almost 70,000 gallons of ale by monks, whilst Fountains Abbey in Yorkshire once brewed 60 barrels of strong ale every 10 days.

Like the monks before us, Northern Monk is committed to creating the highest quality beers combining the best of traditional brewing values with a progressive approach to ingredients and techniques. Homed in a Grade II listed mill in the spiritual heart of the industrial revolution. Northern Monk takes thousands of years of brewing heritage and tradition and combines them with the best of both local and internationally sourced ingredients, crafting beers to excite, to savour, to taste and to remember.

My Thai’s house IPA, this recipe was designed to offer the hit of a generously hopped IPA, but with the sessionability of a classic English pale ale. Simcoe and Centennial hops dominate this light blonde beer with a swathe of tangerine aroma and a sublimely quenching citrus pith aftertaste that lingers on and on.
New World IPA Style: IPA ABV: 6.2%

New World IPA is our brave and bold evolution over three centuries since the now universally beloved India Pale Ale style was first pioneered in London. Taking inspiration from vibrant “new world” hops but from the vantage point of the style’s Saxon origin, our signature IPA features a combined profile of five hop varietals from the U.S., Australia and Britain. This modern English IPA drinks with a subtle sweetness from British pale malts which is balanced by a sturdy presence of hops bitterness that’s shrouded in juicy notes of tropical fruits and grapefruit, thanks to our generous late copper and dry hop additions. 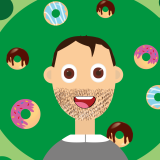